The project dealt with the underused area of the former cargo train station in Linz. A performative intervention, a presentation of an imaginary planning and setting of a construction sign at the site tried to initiate additional discourse about the area.

The staging of a building site with a delve of spade and the presentation of a fictitious construction project anticipated the public acts before the actual building development started. Based on research about the interdependency between cinematic architecture and the architecture of our cities, a vision for the future in the year 2036 was reinvented.

The city Everytown, that was developed for the British science fiction film “Things to Come” served as inspiration. The cinema as the original place for the cinematic architecture was left in favour of “another” space. So the cinematic architecture found its palpable place of imagination at the former cargo train station. A creative approach in regards to heterotopy as defined by Michel Foucault. 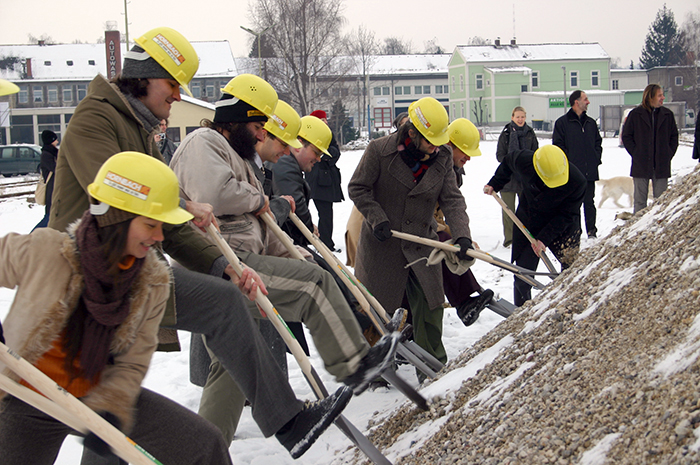 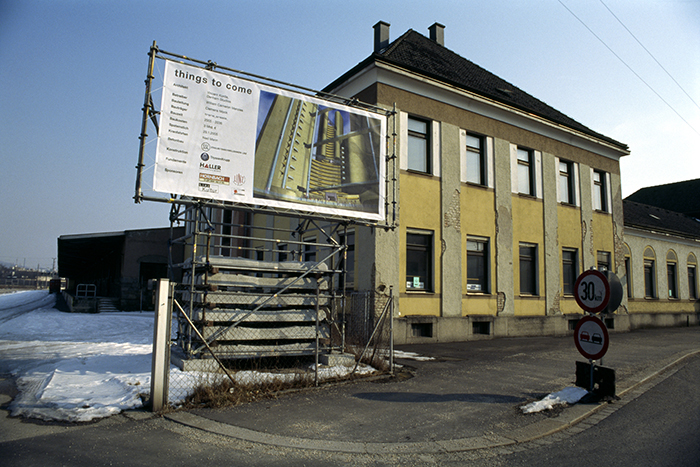 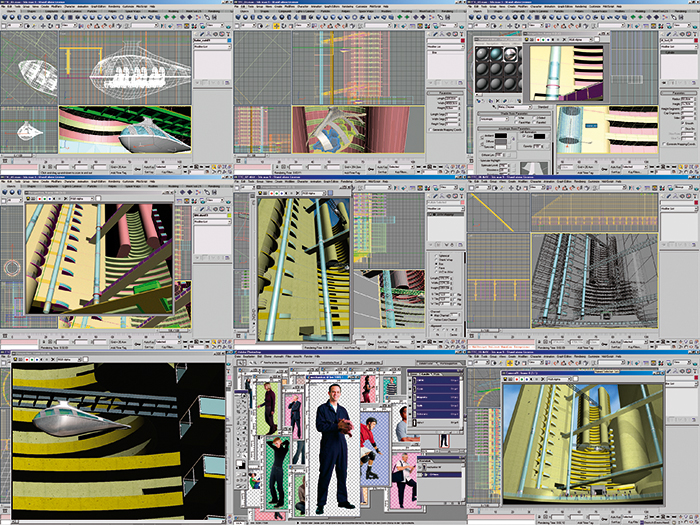 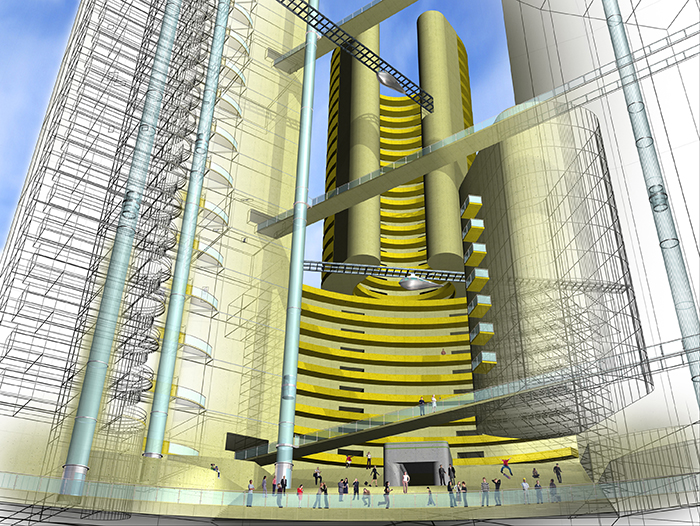 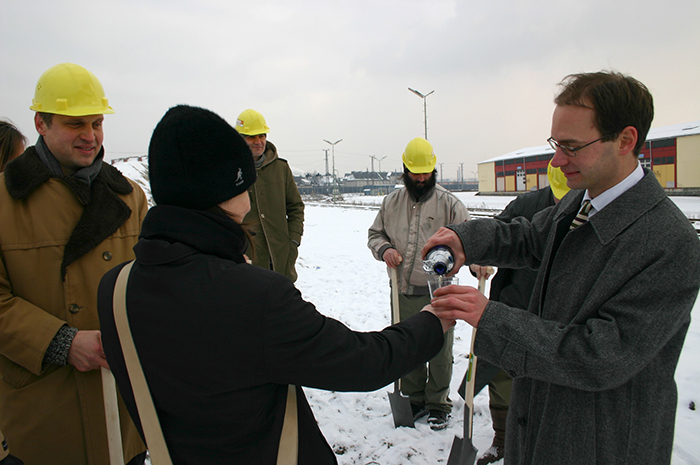