LIGHTABLE is a kind of hybrid furniture, a combination of a video projetor, a bar table and a street lamp. The initial point for the project was the Laterna Magica, a device which advanced to the position of a mass medium in the 19th century and represents the precursor of the video projectors of today. At about the same time, within the 19th century, the street lighting evolved from gas lighting to electricially-powered street lamps. The first occurrence of bar tables cannot be exactly registered on one specific point in time. Nevertheless the question within the design process was to find a common shape for this three devices. 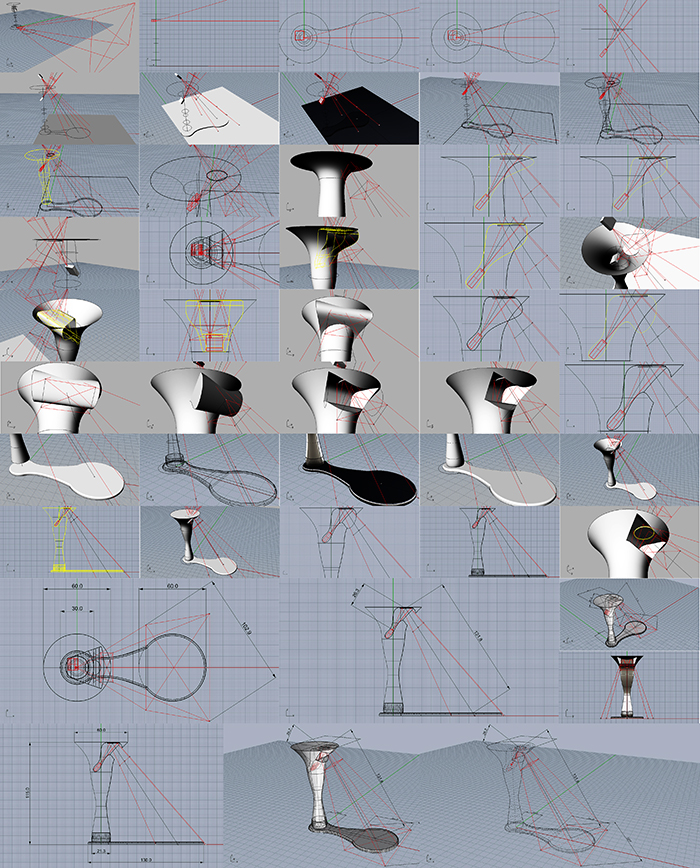 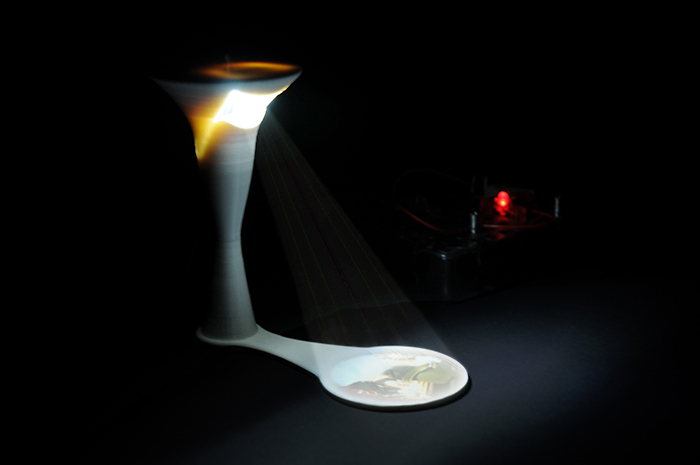 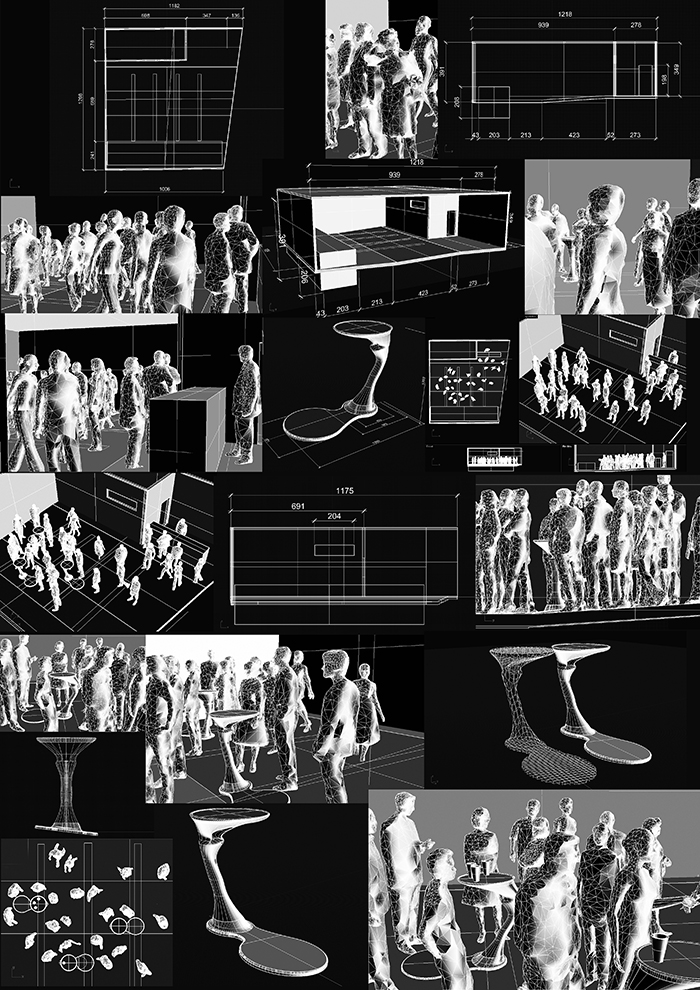